When I was in middle school like most young people I had not cultivated control over my speech and it’s this lack of filter that created a scene in which I would have the opportunity to experience some of the greatest acute pain I have ever endured. I don’t recall what I said to trigger a female student to momentarily despise me enough to cause me harm, but I’m certain it was somewhat deserved. Women really don’t understand just how sensitive the testicles are and as men we go to great lengths to protect them. In sports men must where cups, and ask any man who has ever been struck in his manhood about the trauma and his face will absolutely contort and wince. On that day in middle school after blurting out some unwelcome nonsense the female student cocked her leg back as if to kick a soccer ball and unloaded, with her pointy ass shoes, an attack right into my boys. I collapsed knees first cupping my manhood and gasping for air. I rolled on the floor like a pendulum for a good ten minutes unable to even scream or breath. After I managed to stand I hobbled to the bathroom to have a look, and I’ll just say this.. there was more than a little swelling. As much as the insecure adolescent in me wanted a bigger penis this was not the way to achieve it. If I recall correctly I think it took about two weeks before my penis once again looked and felt normal. 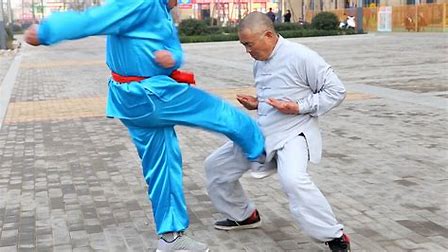 I feel there is little in a man’s life that scares him more than physical threats to his manhood. I’ve always felt it was God’s little joke that men have external genitalia as it seems to humble men and keep us from being to reckless in fear that harm might come to our little man. A man’s primary motive force in life is his sexual energy. I’m not suggesting it’s sex that’s motivating him, even though this is often true, what I am suggesting is that sexual energy is a base or format energy that determines the quality of all life force as it differentiates through the Human Chakra system. Think of sexual energy as the base of the pillars holding up a porch on a house; if you remove the bottom of the pillar the porch will collapse eventually. As an example I will walk on a well beaten path and talk about ejaculation. Many Tantra, Daoist, or Yoga gurus often say that a man looses his root when he ejaculates. This is a rather cryptic comment unless you understand human energy dynamics and the physiological process of enlightenment; which I will cover in blogs to come. In essence what these cultivated individuals are saying is that the process of enlightenment, the path toward wholeness, is all about pressure and it’s the very same pressure the man is responding to when he decides he must expel his sperm. The problem is that unlike typical animals the human animal mates when he feels like it or has the opportunity and in modern times this means anytime he is aroused which is seemingly always because of the proliferation of eye candy and porn all over the Internet he can masturbate away the pressure.  Now more than ever men are being challenged by their sexual choices and that challenge is to discharge or not, to have sex or not, to fill ones mind with sexual images or not; and these choices will go a long way in determining how healthy he is both physically and mentally. The very same energy you release when you cum is the energy needed for clear thought, for a strong immune response, for digestion, for exercise, for feeling connected to other humans, for compassion, for more intense spiritual woo woo, etc… Other words, when the Gurus say a man looses his “root” what they are saying is that his interest and feeling of connection with his body diminishes post ejaculation. A man with a full sexual charge is in a heightened state, one that can link him deeply to his body and the sensations it offers. It’s this very same self sensual energy which can be redirected, or transmuted, to supply the necessary pressure for him to access other supra-sensory realms of reality such as visions. Overall, how a man treats his body in general will determine how good he feels in his own skin.

A man’s vulnerability is not always easy to see because we often compensate with busyness, machismo, or self righteousness. Ways he is vulnerable… include discharge (weakening), sexual images can manipulate his sex drive unconsciously, cultural belief in circumcision and simply possessing external genitalia.  I’ve already talked a bit about the impact of ejaculation so now I will look at a man’s anatomy and the impact external genitalia might have on men physically, emotionally and mentally. The fundamental purpose of the penis and testicles being external has to do with temperature regulation. I’m sure many of you have witnessed how the testicles with rise pulling closer to the body and fall, however many of us have not considered the significance and instead take this life perpetuating feat for granted. When the testicles pull closer to the body it is to warm the sperm and when they droop its to cool the sperm. For sperm to remain viable they must stay about 39.2 degrees F, however on the cooler end of the scale the sperm motility (movement) is lessened considerably meaning that that pathway to the females ovaries is going to seem like a long one. It’s been found that the best temperature for sperm to do their work and maintain both viability and motility is at 1-2 degrees F under the body’s core temperature of 98.6 degrees F, hence the need for balls that hang outside the core of the body, which unfortunately leaves him vulnerable to accidents or attacks to his manhood.

Circumcision is a very odd practice in my opinion. This archaic practice began thousands of years ago for the purposes of ‘Hygiene”. I’m not buying it! According to the Mayo Clinic “circumcision makes it easier for a boy to wash his penis” which is an incredibly lame reason to take a knife to a child’s genitals. This inhumane act, similar to the clitoridectomy, which most of the world decries as barbaric, is the removal of the child’s foreskin which just so happens to contain many nerve endings. My less than thorough research into the reasons why circumcision occurs led mostly well established medical reasoning and shallow religious motives. Looking at the big picture circumcision may actually be inflicting trauma, altering endocrine functioning, and changing how men approach sex. When the foreskin is removed nerves are also removed which not only changes the sensitivity of the penis but also exposes the most sensitive part of the penis to its environment more directly. I found studies which stated that men who have been circumcised have more sexual partners, masturbate more frequently, and even use condoms less frequently (https://www.doctorsopposingcircumcision.org/for-professionals/sexual-impact/). If men are behaving in a more sexual way how might this affect his life force, his feelings of embodiment, and his access to spiritual experiences? As I have previously stated, if a man is discharging his sexual energy too frequently it will have a negative impact on his well being and ability to reach higher spiritual states. So if it is indeed true that circumcised men are more sloppy with their sexual energy then I will take the conspiratorial route and say that the true occult reason for this practice is to reduce a man’s sexual pleasure and drive him toward excess sexual discharge and novelty which weakens the man’s mind and a weak mind is a more easily controlled mind. There is also some evidence that circumcised men have a form of PTSD that uncircumcised men do not. Personally, when working with a energy healer I received a circumcision healing which, much to my surprise, was felt very deeply for about a week after. I noticed a number of results from this healing including tingling sensations for about two days where my foreskin once was and less physical tension in my genital area. Regardless of how you feel about this procedure keep this fact in mind… nerves are connected to the entire man hence the whole man is impacted mentally, emotionally, and physically; they are intertwined through our whole being, through our central nervous system and hence our endocrine system… there is bound to be a cascade of subtle impacts which affect the whole man.